I wrote about Roland Barthes’ ‘Rhetoric of the Image’ from 1964, in which I used my analysis of his text to portray the connection between both his and my own works. 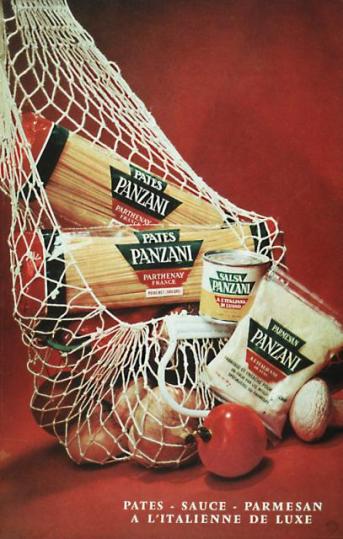 My own project begun on what I called a ‘cognitive journey’, where I allowed my mind to wander and reinterpret my surroundings, transforming shapes and forms into obscure and surreal objects. I have always been concerned with the clash between the absolute truth/reality and personal interpretation. After encountering Agoraphobia, I found that space ironically became physically confining. As one would become exposed to open spaces, there would be a sudden rush of power given the space, causing one’s surroundings to become something distorted and incomprehensible. Thus my project reflects on the power of human reflection, how our minds determine how we analyze and visualize our environments. This idea of challenging the principles of perception brought me to Existentialism, and focusing on the value of human experience rather than social and cultural conventions.

In Barthes’ text, he attempts to explore the definitions of signs in an image. I too explored that meaning comes from a lexicon, which is a body of knowledge within the viewer. Barthes spoke of these lexicons as specific to each individual, thus meaning cannot be constructed solely by the creator (in Barthes’ case advertisements, however I am relating this to everyday surroundings), but also by the consumer. This indeed enhances the idea that the human mind controls spatial interpretation.

I began to use multiple different techniques and materials to explore the optimum process of expressing these concepts, however similar to Barthes; I discovered the difficulty with analyzing of signs and interpretations, as there is no defined language or metalanguage for expressing them. Personal interpretations are drawn from personal experiences and knowledge, so how does one talk about this, other than through language? Therefore I found the most appropriate method of analyzing human relations with space and environments through using numerous methods that provide you with the most ‘hands on’ control: pinhole photography, clay making, and printing.

His text explored how we can make these transformations of interpretation visually in our minds; Barthes explains that images are made up of discontinuous signs and messages, therefore they do not reveal the whole meaning, so not all we see can be interpreted. Explaining the challenge of the juxtaposition with feeling mentally enclosed yet physically in an open space, which caused the idea of depth to become a struggle. I used dark glaze with ambiguous shapes made from gestures from my hands to portray this, as they reflect their surroundings, yet do not give a sense of ‘absolute’ reality. Therefore, through Barthes’ work and my own, I have discovered that the ‘absolute’ reality is only something an individual can construct in their own mind, through their own values and conventions socially and culturally that have informed their mind.

I found the presentation as a particular strength of mine, as I was able to read and elaborate from my prompts on the screen, additionally I found that visual images aided me to progress and develop my points. However, in a future presentation I would like to aim to speak more naturally about my project rather than reading from a screen.

This is a text widget. The Text Widget allows you to add text or HTML to your sidebar. You can use a text widget to display text, links, images, HTML, or a combination of these. Edit them in the Widget section of the Customizer.
Loading Comments...
Comment
×
%d bloggers like this: